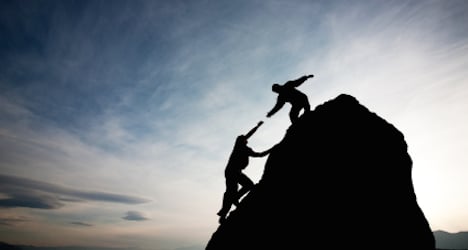 As reported in the International Business Times, shortly before the official announcement of the actor's death were confirmed, an anonymous posting on the Internet suggested that he had died in a fall in Austria's Hahnenkamm mountains while shooting a movie.

The report appeared on Mediafetcher, a celebrity hoax generator. The fake story gained steam on Twitter, where user @jcm1009 tweeted the story to a number of celebrities, including actress Goldie Hawn.

Hawn retweeted the user's tweet, but clarified that it was Robin Gibb of the Bee Gees, not Robin Williams, who died.

Hawn reiterated the fact that Robin Williams is not dead when a Twitter follower asked if he had died.

@dkellydak NO Robin Williams in alive and well! Gibbs [sic] from the Bee Gee's Passed, she said.

The same rumour generator site was responsible for fake 'news' about the deaths of Jackie Chan and Russell Crowe, also while climbing in Austria for a movie.