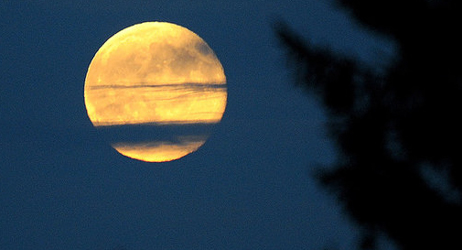 For weeks, nine-year-old Fabian and seven-year-old Daniel had been looking forward to a night hike with their father, Herbert Zeilbauer. They set off on Sunday evening, the night of the full moon. But the outing in Mürzzuschlag ended terribly.

The family stopped at 10:30 pm to have a drink, “On purpose we sat outside the pub as I didn’t want my children sitting inside as it was so late,” Zeilbauer told the Kurier newspaper.

“We were wearing reflective vests and headlamps and apparently this provoked a dog that was tied up outside the pub, and he began barking loudly,” he added.

A man came out of the pub and started shouting 'Nazi slogans' at the family – he then hit seven-year-old Daniel. When Zeilbauer stepped in to defend his son, he was also punched.

Police arrived a short time later but instead of showing concern for Daniel, Zeilbauer said that they “asked me what I was doing out so late with my children”.

They took the perpetrator to hospital, to test him for drugs, but seemed less worried about the children.

"I had to take my son to hospital in Leoben myself. The police seemed to be treating me as if it was all my fault, as we were out so late,” Zeilbauer said.

Daniel was still in hospital on Monday night but his parents hoped he would be released on Tuesday.

A hospital psychologist who examined both children fears that they may suffer some mental scarring from the incident. They have been drawing pictures of the attack and depicting the attacker as the devil.

The police in Mürzzuschlag said that when they arrived at the scene the children appeared to have no external injuries and that their father did not ask for help.

However, they did make a note in their report that the children were out at 10:30 pm and have referred the case to the Youth Welfare Department in Bruck/Mürzzuschlag.