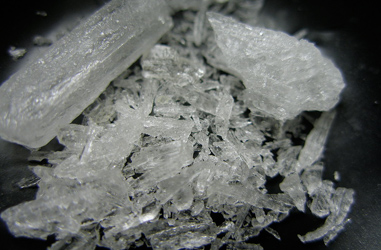 The verdict which was announced on July 23rd is now final, Martin Weiss, spokesman for the Austrian foreign ministry told the APA press agency on Tuesday.

The former hip hop dancer was also sentenced to pay a fine of €300,000.  If she fails to pay she will be threatened with another six months in jail.

She was found guilty of attempting to import around three kilogrammes of crystal meth into Indonesia. She pleaded not guilty in court.

The 29-year-old has decided not to appeal, after consulting with her lawyer. She was advised that in about half of appeal cases, the Indonesian courts end up awarding an even harsher sentence.

Indonesia has some of the toughest laws against drug smuggling in the world, including life imprisonment and even capital punishment.

According to media reports, she claimed that she was working in South Africa on an all-expenses-paid performance trip, when her then manager told her he had found work for her in Indonesia.

He then allegedly told her that she would need new luggage, and took her to buy a suitcase, which was subsequently found to contain a false bottom that concealed the drugs.

Her mother said in an interview with the Daily Mail, ‘But it was part of a con and the case actually had a fake lining with the drugs hidden inside. She called me from jail to tell me about what had happened, she told me: "Mummy, you've got to help me. They're going to shoot me".'

The young woman had worked as a dancer and rapper prior to her arrest.