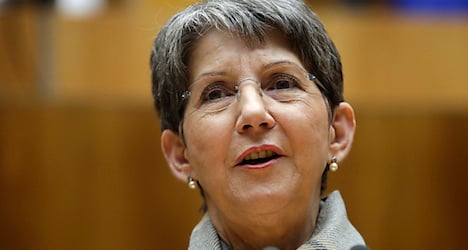 The notification was announced by the Austrian Parliamentary Administration in a press release. The news was confirmed by the Prammer's spokesman to APA.

She was an Austrian politician and member of the Social Democratic Party of Austria. She served as President of the National Council of Austria since 30 October 2006 and served as its Vice President from 2004 until 2006.

Prammer was Federal Minister for Women's Affairs and Consumer Protection from 1997 till 2000, and was elected to the National Council in 1999.

A memorial service for Prammer is due to be held on Saturday in parliament.  Prammer had lost the fight against pancreatic cancer and passed away on Saturday at home surrounded by her family. The burial was to be held only within the circle of her closest family.

Before that the Republic of Austria would honour Prammer who was second only to President Heinz Fischer in the formal state hierarchy with a state funeral. The schedule was to be fixed on Monday afternoon by the two remaining speakers of parliament and the faction leaders in parliament.

An on-line condolence book has been established for her.

She is survived by two children.