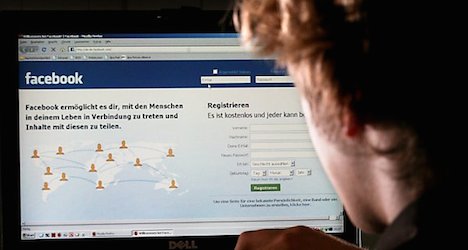 In accordance with European data protection legislation, every EU citizen has the right to receive a copy of all the personal information that a company has collected on them. The result was a 1,200 page PDF, containing complete transcriptions of all his chats, as well as records of rejected friend requests.

Another law suit helped to restrict the amount of facial recognition functionality, as a potential privacy breach.

Schrem's new law suit is now based in Austria, and will look at its alleged participation in the NSA PRISM program, as well as its privacy policy, and the fact that it tracks anyone who visits a web page – outside Facebook – if there's a 'Like' button on the page.  It will focus special scrutiny on "the absence of effective consent to many types of data use",  as well as its general non-compliance with data-access requests submitted by customers.

According to GigaOm, the suit also covers the “unlawful introduction” of the arguably creepy Graph Search feature, the passing of user information to third-party applications, and the “monitoring of users by means of Big Data analytics.”

Schrems also states that the Irish data protection commissioner has been too lenient with Facebook's lack of compliance – possibly due to political pressure that all of Facebook's international operations are run out of Ireland.

In a statement, Schrems said:

“In the beginning we made great progress in Ireland. As a result of our complaints, Facebook had to delete data and deactivate its facial recognition all over the world. However, over time it became clear that the Irish authorities had no interest in enforcing substantial changes. The proceedings will soon reach the end of their third year and we are still being promised a decision ‘in the near future’. Many voices in Ireland are saying that this is due to political pressure not to drive away the IT industry, which is very important in Ireland. We shouldn’t have that problem in Austria. We are therefore transferring the focus of our activities here.”

Under EU law, a verdict by the Commercial Court in Vienna will apply to Facebook’s Irish headquarters as well.

Joining the suit is free – it’s being bankrolled by German litigation funder Roland ProzessFinanz, which will get a fifth of the payout if it’s successful. According to the FAQs, Austria doesn’t allow U.S.-style class actions as such, but there is precedent for getting a group of people to assign their claims to one person who then sues on their behalf. In this case, that person is Schrems.

“We are suing Facebook for €500 [$669] in damages and unjust enrichment,” the FAQs read, referring to the amount sought per individual claim. “This is intentionally low because our main aim is to enforce our fundamental rights. In similar cases courts have always awarded higher amounts (at least €750 for minor violations, up to a couple of €1,000 in other cases).”

Ironically but necessarily, of course, those wishing to sign up for the suit need to use the Facebook login button to do so. Those who have already deactivated their Facebook accounts in disgust at the trampling of their rights et cetera will need to fill out a separate form or temporarily reactivate their accounts.

Facebook, which has declined comment on the campaign, has come under fire before for allegedly violating data-protection laws. Most recently, Britain's data watchdog began investigating whether a 2012 experiment on unwitting users, in which it tried to alter their emotional state to see if their postings turned more positive or negative.

The world's biggest social network, Facebook now has 1.32 billion users. It posted a 61 percent increase in sales in the second quarter buoyed by mobile advertising, sending its shares to a record high and valuing the company at almost €150 billion.