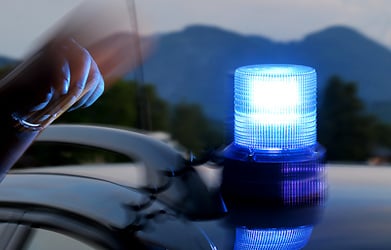 The 56-year-old male driver was travelling on the wrong side of the road from the district of Gmunden, at around 2:30am.

In Allhaming he crashed into a car driven by a family from Germany, said Klaus Scherleitner from the state police transport department.

The father, who was driving, suffered cuts and his wife was also injured, but both their children died despite efforts by the Red Cross to save them.

A breathalyser test taken at the scene showed that the driver who had caused the accident was over the allowed alcohol limit. He was virtually unscathed, and was taken to the General Hospital in Linz.

The parents of the dead siblings were cared for by a crisis intervention team and taken to hospital in Wels.

The A1 was closed in the direction of Vienna, between Sattledt and Allhaming until 6:00 am.

ROADS
Who are the worst drivers in Europe?