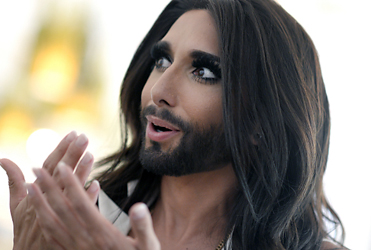 It’s almost 100 days since your triumph at the Song Contest, has your life been going as you expected since that day?

Oh God – what did I expect! Since returning from Copenhagen every day has been like a birthday. Even when I’m not travelling, I get at least one email from my office – ‘you’ll never guess who has been in touch!’. Everyday something great happens, and that's almost disconcerting. That’s probably in our nature, that you think it’s too good to be true. But it is all true! I did end up on the catwalk for Jean Paul Gaultier.

Is there a day since your victory when you haven’t been working?

Well, I’m constantly being asked if I’m tired or overworked – not at all! I’ve been preparing to live this kind of life for a while. That’s why I’m enjoying it so much. On the other hand, once I take off my wig, I can really get into a different state of relaxation. I always say jokingly that Tom (Conchita’s male alter ego), is at home on the couch or back in the hotel room.

Do you worry that the wave of success that you’re currently riding may soon be over?

I’m a perfectionist and everything I do, will never be enough. I still have to learn to enjoy the moment. And of course, like every artist, I’m afraid that the hype will soon pass. You are only as good as your last product. And in this business there is no guarantee.

Just because I won the Song Contest I won’t be in demand for ever – that’s nonsense. I’m only as good as whatever I can give – musically. I want to make an album which I can feel good about, where I can say ‘even if there’s nothing other than this, I can’t reproach myself’.

Were you not tempted to bring out a cover album to make some money?

Errors are not forgiven in this industry. If it didn’t work I would have missed out on a great opportunity. I still have a chance to release a really great song. I’d rather wait a bit longer to make something really good, than to rush something. I don’t need pre-made rules to become successful.

Any idea when your first album will be released?

We don’t have a date yet. But I’ve been working on some songs. We’re not sitting around twiddling our thumbs, but good things take time. So far I haven’t found my ultimate hit but I’m confident. I’m not ruling out a great movie hit, but I have the luxury of being able to try a few things out. There probably won’t be any hip-hop tracks though!

Is moving abroad, perhaps to a city like New York, an option for you?

There are a lot of options. I really enjoy living in Vienna but I also know that a few years away would do me good. I want to see the world!

It’s not yet been decided where in Austria the next Eurovision Song Contest will be staged, but has ORF TV approached you about hosting it?

I hope I’ll be involved. I haven’t yet had a concrete offer but I’ve dropped a few hints at press conferences… I really want to do it, even if I have the tendency to tell long stories and not stick to the script… but I don’t know if they want me.

Who would be your preferred co-presenter?

[Actor] Christoph Waltz is high on my list. But I’ve been talking with friends about it and we came up with an idea – to have two young, eloquent and witty presenters who are not well known – and in the middle the Austrian actress and singer Dagmar Koller [who’s 74]. I believe Europe would fall in love with her.

You’ve managed to move with great confidence on the international stage – how have you kept your cool?

I think my parents instilled me with a certain resistance to negativity – I quickly get bored with it. So I haven’t been affected by any negative comments. And I feel very comfortable being interviewed next to celebrities such as Kirsten Dunst – it’s only afterwards that I think, wow, what was that?!

So you’re not afraid of losing your grip on reality?

The fact that Tom still washes my clothes and pays my bills helps me to keep my feet on the ground. I just have the luxury of being able to exist in both worlds. And I wouldn’t want it to be any different, because I really enjoy being able to get on the metro and go shopping. 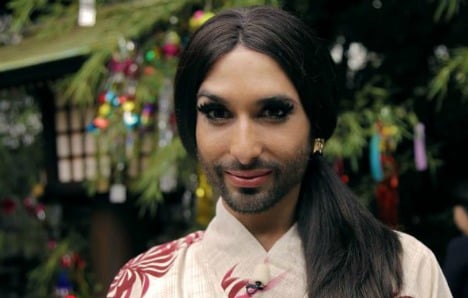 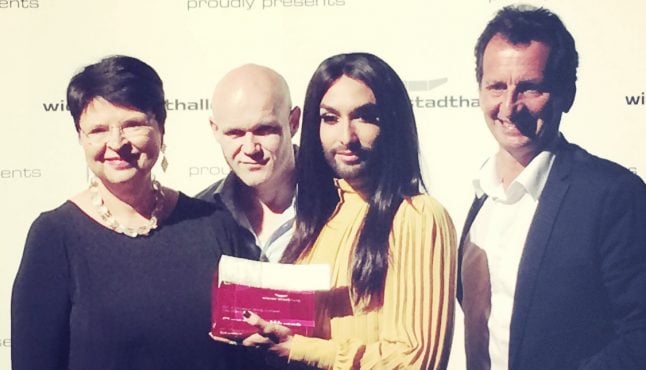