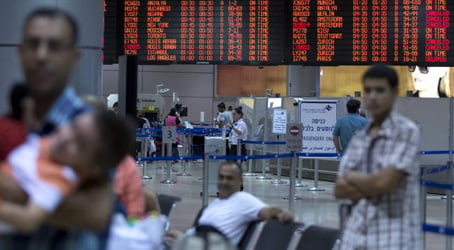 "We will resume flights as soon as the protection of the airport is assured in a tangible manner," it said in a statement.

Earlier on Thursday, US airlines lifted their bans on flights to Tel Aviv Ben Gurion International Airport, which were imposed on Tuesday after a rocket fell near the airport, and the European air safety agency also lifted its warning on flights to the Jewish state.

The German carrier said on Tuesday it took the step "for the security of passengers and crew" amid the "unstable situation" at Tel Aviv's Ben Gurion International Airport.

It currently operates up to ten daily flights to Tel Aviv from Berlin, Frankfurt, Munich, Vienna and Zurich.

Affected passengers could choose to either be reimbursed or could exchange their tickets, it said.

Lufthansa said the ban on flights would be in place for initially three days but extended the suspension.