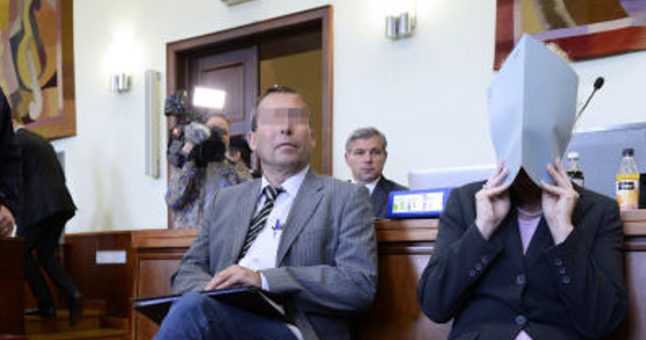 "The two defendants deliberately administered an overdose of painkillers to the 46-year-old woman in the autumn of 2011 in Paraguay," the judge said.

Gerhard Freiherr Hansalik was sentenced to life imprisonment, and Michaela Säulenfels (47) to 17 years.

The jury reached a unanimous guilty verdict, which the defence has said it will appeal against.

The couple plead not guilty. "There is no crime. The only crime is that we as a couple are sitting here in the dock," Hansalik said on Tuesday evening, before the verdict was given.

The pair were accused of killing Wendy Freiherr, from Lower Austria, in order to gain access to her savings which amounted to €80,000.

The prosecution said that for Hansalik it was purely “a sham marriage”.

The landlady of the house in Paraguay where the three had stayed told the court that she had assumed Hansalik and Säulenfels were married, and that Wendy Freiherr had been introduced as a “distant relative”.

Freiherr was buried in Paraguay on the day she died, her husband did not tell the South American authorities that he was her spouse, and he didn’t inform her relatives of her death.

However the defence said the case against the pair was based only on assumptions and that there was no evidence that the deceased was poisoned with painkillers.

The exact cause of her death could not be established, even after a four day trial and toxicology reports.

As it was not possible to exhume her body, a tissue sample was sent to Austria for analysis.

The coroner said that he believed an overdose of hydromorphone was the likely cause of death.

He said the active compound could be detected in the muscle tissue of the deceased, and that a dose of four tablets would  be fatal.