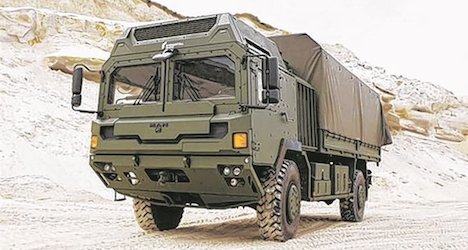 At a press conference in Vienna on Wednesday, Australian ambassador David Gordon Stuart announced his country had ordered 2500 military vehicles in various configurations, for a total order value of €1.1 billion (US$1.5 billion).

The ambassador said that the Australian Department of Defense had decided after a long and very intensive selection process, to order the Austrian-produced vehicles, because of their superior quality.  Final assembly will take place in Australia.

The vehicles, including lightly armored transports, will be delivered from 2016 to 2019.  As part of the order, up to 100 additional jobs will be created in Austria.

Similar orders have in the past been obtained from Norway and Sweden, making the German-Austrian joint venture a very important player in the global military vehicle market.

Austria's defense industry makes a significant contribution to the country's economy, with an annual turnover in excess of €2.5 billion (US$3.4 billion), and its employment of around 11,000 people directly, and more than 20,000 indirectly.