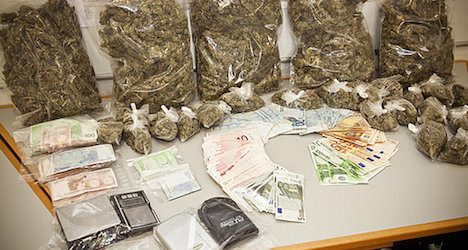 Authorities have seized more than 70 kg of drugs, including cocaine, heroin and cannabis, with a combined estimated value of €1 million.

In Slovenia, 9 kg of heroin and 10.5 kg of cannabis were seized.   The 36 suspects are accused of illicit drug production and trafficking, among other charges.

According to the Austrian Federal Criminal Police force, the actions were carried out as part of operation Gallus, an international project intended to combat organized crime.

In the small town of Nickelsdorf in Austria, 8.6 kg of heroin were seized and two alleged drug couriers were taken into custody.