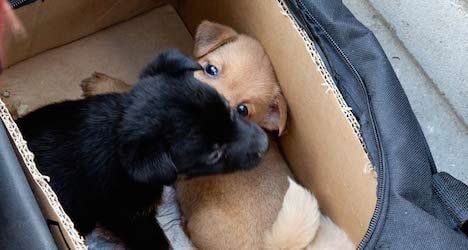 They are seeking to outlaw the illegal trade in puppies, most of which are produced in Eastern Europe by the so-called 'puppy mafia'.

According to animal welfare councillor Ulli Sima (Social Democrats/SPÖ), the illegal trade by unlicensed breeders brings thousands of sick and unvaccinated animals to Austria for sale each year.

Since most of the transactions are carried out almost exclusively via the Internet, Vienna is now calling for a total ban on the online puppy trade.

Exempted from the ban will be certified breeders and animal welfare organizations.

Usually, ads for puppies are highly misleading, with fictitious tales about people being forced to sell a loved pet due to the death of the owner, or new allergies.

'Buy this puppy or we kill it.'

Such tactics appeal to the emotions of the buyer, saying that the alternative to purchase is the euthanasia of the animals.

Sima is seeking a federal law, that would prohibit all animal trade on the Internet for Austrian users.  According to the councillor, up to 100 dogs per day are sold via the Internet in Vienna alone.

"They are often taken from the mother too early, are kept in poor conditions, and after handing them to the customer, seven out of ten animals don't survive the first year due to illness."

The animal welfare group Four Paws has established a campaign against illegal dog breeding.
They recommend only buying animals from licensed and respectable breeders, and not from some unknown person selling out of their vehicle.
Here are five key tips to observe when adopting an animal: