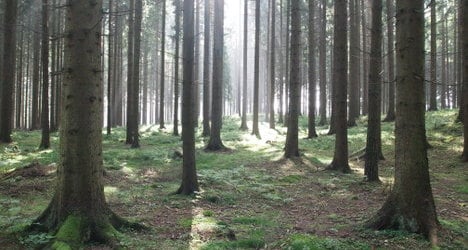 Photo: Paul Gillingwater
According to a report in Österreich Journal, the dependence on imports of agricultural and forestry is steadily increasing in Austria.
ISIS researchers have found that construction and wood raw material imports make Austria the largest importer of such products in the OECD, second only to China in the world.
"Austria's dependence on imports in these areas has steadily increased since 1995. So, for example, the gap between domestic consumption and biomass harvest has doubled from 1995 to 2010," explained Dr. Alfred Posch, a scientist at ISIS.
Consumption of wood consistently exceeds domestic production levels of 5.4 million tonnes annually, meaning that the gap has to be met by imports.
Austria imports 8.1 million cubic metres of wood each year. Surprisingly, despite the existence of IKEA, Sweden is only second with 7.3 million cubic metres.
Even more surprisingly, 17 percent of the available wood in Austria is burned directly, without being processed by a sawmill or as a raw material by the paper and cardboard industry, leaving some industry analysts stumped.
"In terms of sustainability this is not a welcome development.  But the gradual use of wood is preferable in terms of environmental protection and jobs," said Posch.