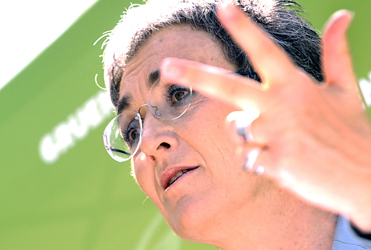 According to the newspaper Österreich the man has been traced but remains at large. Not only that, but the case has been closed, according to prosecutors. Östererreich reports that the man is not being charged as no one was injured.

The man threw the acid at Lunacek whilst she was giving an interview to a TV station. The acid reportedly damaged her clothes and the TV equipment.

"The culprit is incapable of being held to account, he cannot be prosecuted for his act," prosecutor Thomas Vecsey told Österreich.

Lunacek said her first reaction to the news was "outrage". She is considering whether to take further legal action.

Lunacek is vice-president of the Greens/EFA group in the European Parliament.