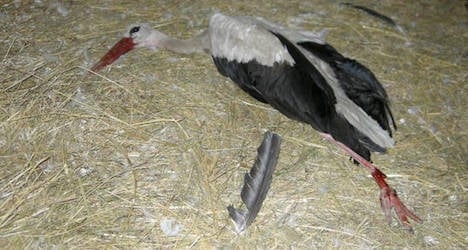 An injured stork that was rescued from the B50 state highway at Oslip – a district of Eisenstadt – has died, according to media reports.

Motorists had discovered the wounded animal that had apparently been struck by a car, and notified police.

A small rescue operation was put in place, and the stork was placed into veterinary care, which included amputation of its broken leg.

Unfortunately, the stork was discovered to have had more severe internal injuries, and had to be euthanized.