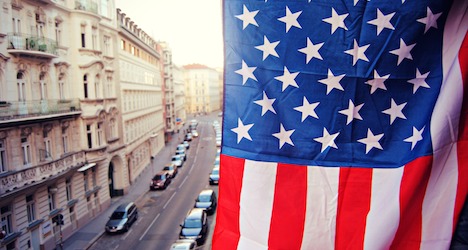 The 4th of July is one of the most widely celebrated holidays across the United States, the date marking America’s independence from the United Kingdom in 1776.

Most Americans celebrate their independence by spending the day at a family friend’s pool party, grilling on the BBQ, watching the nearest local parade, and ending the night viewing a public show of fireworks.

For those unable to be back in their homeland, Americans still plan to celebrate this holiday while abroad.

Peter Laufer, who teaches a study abroad program for an American university, is currently living in Vienna, and will be celebrating the 4th of July along with his 40th Wedding Anniversary.

Unfortunately he is going out of town but is still going to celebrate, “We are traveling to Kralove in the Czech Republic where our oldest son is playing in a blues band at a music festival.  We plan to hang out with him and enjoy the cultural indigestion of being so far from home but at the same time 100 percent at home wherever we are with friends and family.”

Many expats are joining a party at Kelly’s Grill located on the Danube Island. The party is put on by the Americans in Vienna Facebook group who partnered up with Yelp to host this event. The party will start at 5 p.m. and is an open event for everyone.

Food, drinks and large screen TVs to watch the world cup will be available. Sadly, Belgium has knocked the USA out of contention, but there will be plenty of beer to drown your sorrows.

Drinks must be bought at Kelly’s Grill but you are welcome to bring your own food to grill.

After some afternoon BBQing Americans still plan on going to bars to keep the celebration going.

“I plan on going to the TravelShack,” said Alex Truilio. He is here in Vienna for a four week study abroad program at the Forum Journalismus und Medien Wien (FJUM), and plans on finding an appropriate way to celebrate in the city.

“The Travelshack is a bar for out-of-town travelers, so it’s perfect for me really. I think it could be rude going to a local Viennese bar and bringing attention to a holiday that only I am celebrating. I don’t want to offend anyone by being too loud or rowdy so celebrating at a bar targeted toward travelers is ideal.”