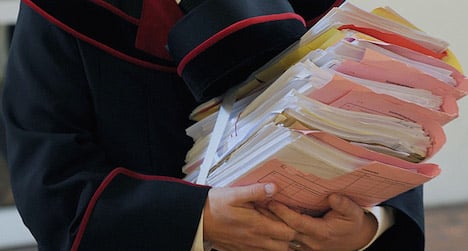 As part of the so-called 'Justice Data Affair', the credit bureau owner was caught selling private information on court judgements relating to potential customers to banks, according to a report in the Kronen Zeitung newspaper.

While the defendant claimed to have earned less than €40,000 from his activities, the prosecution contended that his profit was closer to €2.3 million. This evidence was used to request the court to impose an appropriate financial penalty.

The highly-sensitive data was passed on to banks to help them to make decisions about credit worthiness of potential customers.

The defendant denied that his actions were illegal, saying that he operated a legitimate licensed business, and therefore he had the "right to obtain the data".

The court disagreed, and sentenced him to three years in prison, of which two years would be suspended. He also faces fines of €1.53 million.

Several corrupt judicial officials who sold the records to the man have already been sentenced to conditional prison terms between six and 24 months.