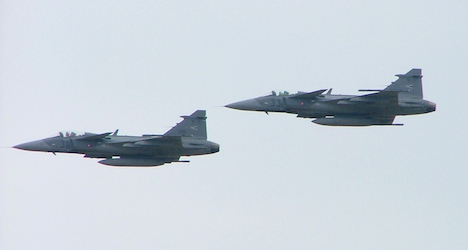 Imagine this scenario.  A jumbo-jet has been hijacked over Austria, and extremists aboard are seeking to fly it as a kamikaze mission into Austria's tallest building.  The air-force is scrambled — but from Hungary, since Austria lacks the capabilities.

This was the dismal picture painted in a story in the Kurier, which outlined how Austria would be heavily dependent on its nearest EU allies in the event of a military situation, due to the unexpected costs and budget restriction of current capabilities.

As reported in The Local in May, the Austrian defense minister Gerald Klug reports that the army is going broke – saying that with its current budget the army "is no longer financially viable".

A similar story exists in the air-force, with every operational hour of the country's Eurofighter costing €70,000.  As The Local also reported, there are only 12 pilots for Austria's 15 Eurofighter planes, due to the latest budget restrictions.

In real terms, Austria's latest defense budget will spend 0.5% of the country's GDP – putting it in the league of countries like Luxembourg, Ireland and Papua New Guinea.

The move to radically cut defense spending and rely on allies increases the likelihood that Austria will experience what happened in Switzerland earlier in the year, when a hijacked Ethiopian plane was forced to land in Geneva – escorted by French fighters, since Swiss military planes only fly during regular office hours.