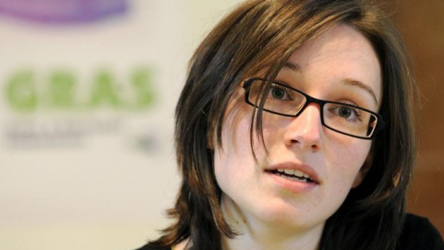 The March for the Family – representing fundamentalist Christians – had gathered on Vienna’s Minoritenplatz, when police began checking demonstrators’ identities, Maurer wrote on her blog.

She said she was approached by the police, she identified herself as a member of parliament and asked what the demonstrators were being accused of. However, she said the police would not let her pass. "The official said 'Good, then we’ll take you with us', took my right arm and held it behind my back and steered me in the direction of the police van," Maurer wrote.

She was accused of 'disturbing an event', and was only then recognized as a member of parliament, which was confirmed by a secret service officer who was present.

However the police said that they had observed Maurer taking part in the counter-demonstration among the gay-rights campaigners – but did not recognize her as a member of parliament. "She leaned against officials and blocked them from the march," said a spokeswoman for the police.

The police official said he took her arm as she was trying to get away from him and that she was released as soon as it became apparent who she was. Police will not be charging her as she has immunity as an MP. However, Maurer has said she wants the issue raised in parliament.