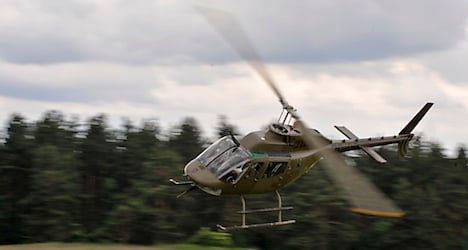 The two injured men were flown to hospital with rescue helicopters.

The accident happened around 1pm near Innsbruck, the capital of Tyrol province. According to reports, the helicopter went down in the Tux Prealps.

It was not clear how the tragedy occurred. A flight accident commission began investigations on Tuesday afternoon.