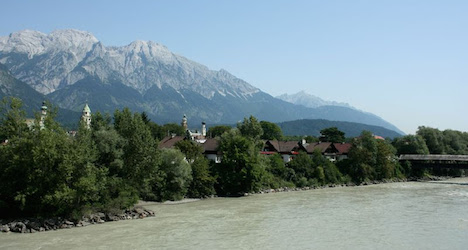 Larissa’s boyfriend, 24 years old, is accused of strangling her and then throwing her body in the river after the couple had a row last September. Her body was not found until October 6th.

Hundreds of people in Tyrol organised search parties after Larissa was reported missing – mobilised into action by an appeal on the social networking website Facebook – but police say this interfered with their own investigation.

As a result of the Facebook activity and the various searches that had been organised a large number of false leads were handed to police which all needed to be investigated.

Andreas Venier, from the Institute of Criminal Law and Criminology at the University of Innsbruck, said the private searches had been counter productive and “cannot be condoned by the rule of law”.

Just minutes after it was announced that Larissa’s boyfriend had been arrested, his profile on Facebook was bombarded with insults and threats. A sign, said Venier, that many people lose any inhibitions when using the internet and are prepared to carry out vigilante acts. However, Venier warns that slandering or libelling someone online could well lead to criminal proceedings.

Police said that Larissa’s boyfriend had not initially been a suspect but had eventually confessed.

He claimed he had been asleep when she vanished, but police discovered that he had needed to call for help after getting his car stuck in a sandbank by the river. He faces between 10 to 20 years in prison if found guilty.

The case has been of huge interest in Tyrol – with all 70 tickets to the courtroom's public gallery snapped up within 20 minutes of being released.