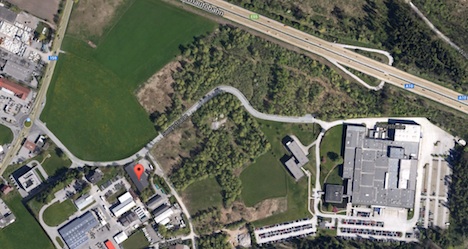 The woman was driving her car along the Sony Strasse in Lower Alm on Wednesday at around 5:30 p.m., when she saw a motorcycle lying on the street, alongside a recumbent man.

She stopped her car, and went to assist the man.  He then made an amazing recovery, and threatened her with a white box-cutter.

The man stole all her money, and made off on the Honda motorcycle, which had a Salzburg number plate.

The woman described the perpetrator as about 1.8 metres tall, slender and with brown shoulder-length hair. He was wearing glasses and a helmet.