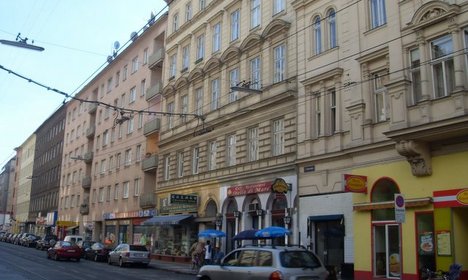 The Germans, both 17, told the court that they were on a sightseeing tour, and were returning to their hotel in the 2nd district when they saw the man standing at the window of his second floor apartment, holding a crossbow in his hand.

He called out to them “hello!”, and then took aim and pulled the trigger.

The youths heard a "pop" and ran and hid out of sight against a wall. They recalled how with beating hearts, crouching down low, they made their way back to hotel, and called the police. Police found an arrow on the street, very close to where the teenagers had been standing.

The 31-year-old said after his arrest that he had just wanted to “scare” the boys and “make them run”. However, according to the court psychiatrist the man suffers from schizoaffective disorder and was not capable of realising the severity of his actions. Experts said he didn’t seem to know he was mentally ill, and was not taking medication.

Since he could not be held criminally responsible, the man could not be convicted for attempted serious bodily harm but was admitted to a psychiatric institution, for a five-year probationary period.

Since his arrest the man has been taking medication and his condition has improved significantly.