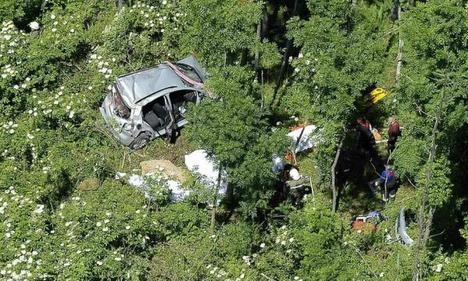 In Lower Austria, a total of eight people died. In Upper Austria, three people were killed. In Styria there were four victims.

Seven of the victims were motorcyclists, according to a preliminary report by the interior ministry on Tuesday.

The official record of the Interior Ministry puts the number at 11 deaths, as a car crash in Lower Austria which killed four people was rated as an alpine accident as it was on a forest road and not a public one.

It was the deadliest Whitsun weekend for seven years.

Traffic Minister Doris Bures expressed her shock. "We will not ignore these accidents and the human suffering they have caused," she said. She promised that every single accident would be analysed and investigated and that “new insights will be implemented as soon as possible into our traffic safety work”.

In other news, a 45-year-old man drowned on Monday whilst bathing in a river in Upper Austria. Witnesses said the man slipped and fell as he got into the water.

On Sunday a 17-year-old boy drowned whilst swimming in a lake in Burgenland. Despite being rescued by divers and taken to Vienna General Hospital, doctors were unable to save him.