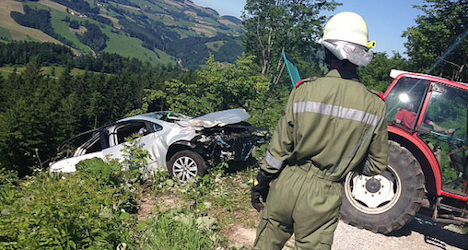 Worst hit was Lower Austria, which saw six people die, four of whom perished when a car went down a steep cliff on Saturday afternoon in the Ybsstaler alps.

In Upper Austria three people lost their lives, two of whom were riding motorbikes.

In Styria there were three victims.

Last year, only three people died over the same period, according to the interior ministry.  This compares with five people in 2012, in 2011 there were seven, and in 2010 there were six fatalities.

With the total of twelve deaths this weekend, it's been the deadliest Whitsun period since records began in 1967.