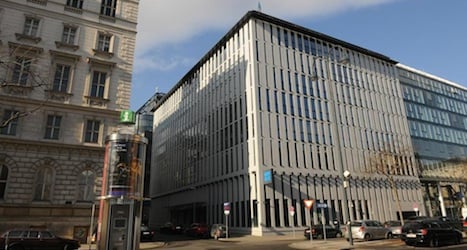 The Organization for Petroleum Exporting Countries, whose dozen member nations together supply about one third of the world's crude, is widely predicted by experts to keep its daily output ceiling at 30 million barrels of oil.

While OPEC is satisfied with current price levels at around 100 dollars a barrel, the cartel is in fact pumping below its collective target owing to abundant supplies in top crude consumer the United States.

Offsetting this are worries of potential supply strains as Ukraine risks sliding into all-out civil war.

Investors are concerned that a full-blown conflict in Ukraine would disrupt supplies and send energy prices soaring. Russia accounts for nearly 40 percent of EU gas imports, with half of that transiting through pipelines in Ukraine.

While higher oil prices boost the coffers of producers, they can weigh heavily on economic growth, dampening demand and resulting in price weakness further down the line.

Crude prices have meanwhile won support since OPEC's last meeting in December also on solid demand from Asian powerhouse China despite jitters over its economic slowdown.

"It should be a very quick meeting," Bill Farren-Price, head of energy consultancy Petroleum Policy Intelligence, said of OPEC's upcoming gathering in Vienna on Wednesday.

"Prices are very stable and in a comfortable place, the market is pretty balanced for the moment, China has been importing more crude than expected over the last few months and the Ukraine crisis has helped keep the price underpinned.

OPEC "will be very happy with the price and for that reason, there will be no need for change" to the output ceiling, he told AFP.

Since December, oil prices have rallied by about ten percent and on Friday, New York's main contract, West Texas Intermediate (WTI) for delivery in July, stood at $102.44 a barrel.

"Saudi Arabia has very clearly  suggested that $100 per barrel is a fair price and that OPEC will keep its output cap unchanged in the June 2014 meeting," said oil analyst Deshpande Abhishek at French bank Natixis.

Supply tensions in the market are present also because of persistent violence in OPEC member Libya. In order to alleviate this, Iran and Iraq are pumping out additional oil.

Libya's oil output has been crippled by ongoing unrest, despite the 2011 ouster of Moamer Kadhafi. The north African country's production stands at only 250,000 barrels per day, or one-sixth of its full potential.

OPEC members meeting at its Austrian headquarters will be mindful also of ongoing international efforts to clinch a deal between world powers and Iran over Tehran's disputed nuclear programme.

Western powers fear Iran is seeking an atomic bomb under cover of its nuclear energy programme, but Tehran insists its nuclear drive is for peaceful purposes.

Iran declared last Wednesday that it was optimistic that a major nuclear deal can be clinched by next month as planned, raising the prospect of a sharp jump in Tehran's crude exports.

"Once and if Libya sorts itself out and begins to export again or Iran comes (fully) back to the market, we should start to see some real discussions around whether OPEC should be cutting output as a group or not," said analyst Thomas Pugh at Capital Economics.