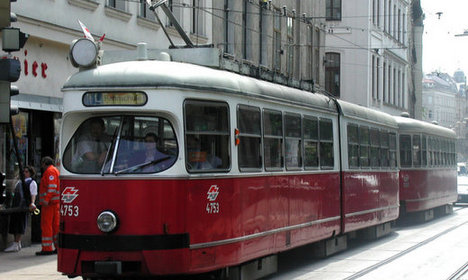 The driver, who suffered a serious head injury when he was attacked in Ottakring, was treated in intensive care but is said to be in a stable condition.

The attack happened just a day after the presentation of new security measures for Wiener Linien (Vienna public transport) staff.

The tram driver, 36, was working with a colleague, who he was training. When the tram reached its final stop all the passengers got out, except for one.

The driver asked the man to leave the train but he didn’t respond. The driver turned back to talk to his colleague, and was struck on the head from behind. His attacker then escaped.

Police have been searching the surrounding streets for a sharp object, which they believe the suspect used, but have so far found nothing.

Police do not think there was a particular motive for the crime, and believe the attacker has a mental illness. They have arrested a 39-year-old Viennese man who has vaguely suggested that he had something to do with the attack, a police spokeswoman said.