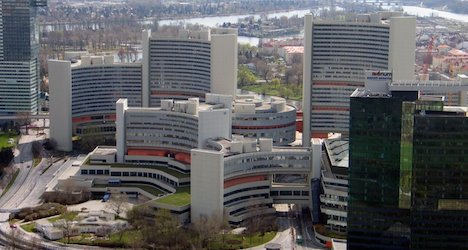 IAEA HQ in Vienna, shared with the UN and UNIDO. Photo: Wikipedia

The IAEA has been in the news recently due to its continuing negotiations with Iran.  Established in 1957 as an autonomous international organization, the IAEA is independent from the United Nations, but reports to the UN Security Council and the General Assembly.

It was originally intended to promote peaceful uses of nuclear energy and technology applications, but has evolved into more of an instrument for controlling nuclear weapons proliferation and nuclear safety issues.

Particularly significant issues it has had to deal with in recent years include North Korea's development and testing of nuclear weapons and the Republic of Iran's nuclear energy program, which some western states believe may have dual-use applications for covert development of a nuclear weapons capability.

It is also one of the most important bodies for establishing nuclear safety standards, and remains heavily involved in the nuclear incidents at Chernobyl and Fukushima, for which it received criticism over safety lapses, despite the fact that ultimate responsibility lies with each member state.

The IAEA is governed by a Board of Governors, consisting of member states elected by its general conference. Its activities fall into three main areas: Safety and Security; Science and Technology; and Safeguards and Verification.

Its Director General since 2009 is Yukiya Amano from Japan.

The agency has been especially news-worthy of late due to the on-going negotiations with Iran over its nuclear program.

A major nuclear deal between world powers and Iran can still be achieved by next month as planned, Tehran said Wednesday as lack of progress recently raised fears the talks had hit a wall.

Iran and the so-called P5+1 – the five permanent members of the UN Security Council, plus Germany – are trying to draft a potentially historic nuclear agreement by July 20th. But the latest round of negotiations in mid-May ended with both sides deploring that no "tangible progress" had been made.

"We believe that we can meet the deadline set out in the Geneva agreement and we work toward that aim," Iran's ambassador to the UN atomic watchdog IAEA, Reza Najafi, said Wednesday in Vienna.

"We continue to negotiate in good faith with our counterparts… (to reach) a long-term comprehensive solution that would be advantageous to both sides," he told journalists.

Iran and the six world powers were widely expected to start drafting an agreement at their last meeting in Vienna, but came away speaking of "huge" gaps between their positions.

On Wednesday, experts from both sides began meeting again in Vienna in preparation for the next round of talks on June 16-20.

"We believe there is a good atmosphere in the meeting and that we can elaborate and perhaps find ways to resolve the concerns of both sides," Najafi said.

Earlier, US delegate Joseph Macmanus had also told journalists that talks were continuing with the July 20th deadline in mind.

"That's what we're still focused on," he said.

The July deadline can in theory be extended, but US President Barack Obama and his Iranian counterpart Hassan Rouhani could struggle to keep sceptical and impatient hardliners from their respective countries at bay.

Western powers fear Iran is seeking an atomic bomb under cover of its nuclear programme, but Tehran insists its nuclear drive is solely for peaceful purposes.

While the IAEA has welcomed efforts by Iran to comply with recent agreements and alleviate concerns about its nuclear programme, several member states urged it on Wednesday to step up the pace of cooperation – calls that Najafi dismissed.

"These issues are very complicated," he said.

"The agency announced in its report that it needs time to analyse the information… so it is not a work that should be done in a hurried manner. Everything should be done in due course," Najafi added, urging patience. 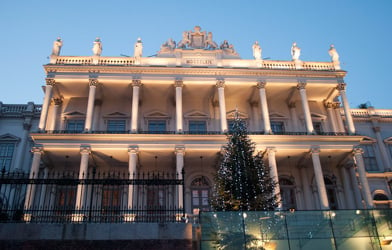 IRAN
Hope for a deal as Iran talks resume in Vienna
Url copied to clipboard!