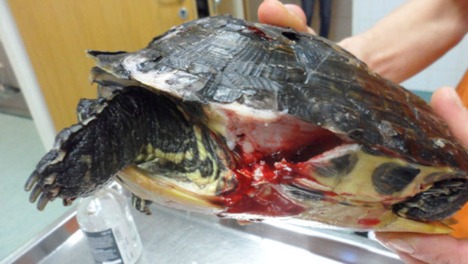 A passer-by found the turtle on the pavement of Lerchenfelder street, and called the Animal Rescue team of the Vienna Animal Welfare Society (Tierschutzverein).

Unfortunately, despite efforts by an emergency vet, the turtle was too severely injured to survive, and had to be euthanised.

Police were informed about the case of animal cruelty, and have begun an investigation.

There is no suspect at this time, but according to the Krone newspaper, a witness apparently spotted the perpetrator throwing the turtle out of the window.

In general, sea turtles are considered a globally-endangered animal, increasing the severity of the crime.