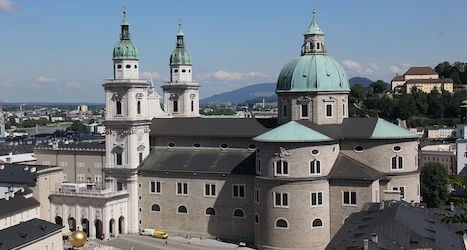 Salzburg Archbishop Franz Lackner calls the contributions from his 300,000 parishioners a "sign of confidence" in the work of the church and its employees. This works out at an average contribution of €142 per parishioner.

In 2011, total contributions to Austrian Catholic churches nationwide amounted to more than €400 million.

In Austria, church tax (Kirchenbeitrag) is a controversial topic, with registered Catholics, Protestants and Old Catholics required to pay a percentage of their gross income to support the church.

For Catholics, the tax is levied at a rate of 1.1 percent of gross income, less discounts for single-income families, children and seniors. Interestingly, farmers and forestry workers have their own special arrangements.

The Evangelical churches set the rate at 1.5 percent, while Buddhists in Austria ask only for voluntary donations.

Lidicky stated that 54 percent of the budget of the Archdiocese of Salzburg (€24.4 million) goes to support around 700 employees, while eight million went to building maintenance and renovation. Of the former, the total number of clergy (including priests and bishops) rose to 238 in 2013.

While it's generally acknowledged that the churches undertake a lot of charitable and relief projects, some of the funds are devoted to other purposes, including missionary work, maintenance and of course an undisclosed percentage is sent to the Vatican.

By way of comparison, an ICM poll in the UK last year found that the most generous religious donors were Muslims, who contributed an average of £371 of charitable giving (zakat.)  Jewish donors gave an average of £270 per person, Roman Catholics averaged just over £178, Christians just under £178 and Protestants £202. Atheists, however, donated only £116, as reported by The Times.