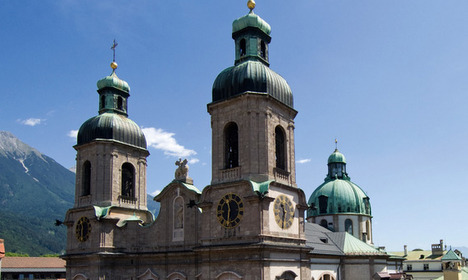 The Austrian diocese of Innsbruck announced it had excommunicated Martha Heizer, an education professor, and her husband Gert following internal Church proceedings.

"What angers us most is that we know of no abuser who was excommunicated. So double standards are being applied," she said in a statement, referring to the wave of allegations of sexual abuse that have been levelled at Catholic priests in recent years.

The church launched an investigation into the Austrian couple in 2011 after a television report showed them holding private masses at their home without a priest.

Innsbruck Bishop Manfred Scheuer called the services a "serious offence" at the time.

Heizer, however, hit back in a statement on her group's website on Thursday, criticising the excommunication as an excessive ruling for a minor
offence when criminal sex abusers received more lenient punishment.

"Our 'attempt to celebrate mass without permission' falls under the three serious offences that must be immediately reported to the Vatican. That
includes violating the seal of confession and sexual abuse," Heizer said.

"We are appalled to find ourselves in the same category as priests who committed abuse."

She added that she and her husband did not accept the ruling and would continue to call for reforms in the Church.

According to the Innsbruck diocese, the ruling can be appealed within 10 days.

Heizer was one of the founders of the Austrian branch of Wir sind Kirche in the 1990s and has led the international movement of the same name since 2012.