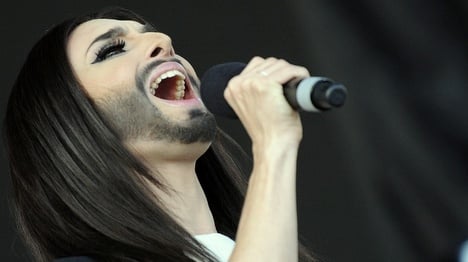 An eclectic crowd – young and old, straight and gay – many wearing fake beards, cheered and waved rainbow and Austrian flags as Conchita took to the stage. Humbled by the attention, Wurst opened and closed the show with her winning ballad, Rise Like a Phoenix, as well as a stirring rendition of Cher's hit, Believe and her 2012 Eurovision entry, That's What I Am. Fans enthusiastically sang along to a karaoke version of Phoenix, following the English text from a giant video screen. "It was only a week ago. This is unbelievable. It means so much to me that I am not alone. It's beautiful to believe in a future without discrimination and hate, and I'm honoured that next year the Song Contest will come to Austria," Conchita told her enraptured audience. Longtime supporter, Christina Pichler, travelled from Burgenland with her mother for the spectacle, which was broadcast live on ORF. "It's absolutely incredible. She is really uniting everyone. By creating this figure of Conchita, she is showing there is major rethinking and change going on in Europe and all over the world, including in countries where this topic is so negative," Pichler told The Local.  Ukrainian students, Katya and Valeria, were equally awed. "We think she's great. We were unsure about her at first, but now we're used to her."

But they don't expect their friends in Ukraine to understand their enthusiasm for Austria's new heroine.

"We know when we post pictures on Facebook and people back home see we were here, they will say 'Ugh, how could you?'" Prior to her performance, the newly crowned Queen of Austria met with Chancellor Werner Faymann and Minister of Culture, Josef Ostermayer, at an official reception at the Federal Chancellery. "You have made Austrians very proud by what you have achieved at the Song Contest," an impressed Faymann told Conchita. "Conchita stands for openness and freedom, and I wish that all of Europe will have such an image," he added.  Wurst, wearing a figure-hugging white dress, appeared overwhelmed by the media attention, as she clutched her Eurovision trophy. "I feel a freedom that means more to me than winning the Song Contest. Thank you, thank you, each and every one of you," she said.

"Austria has sent a signal to the world. This is overwhelming." 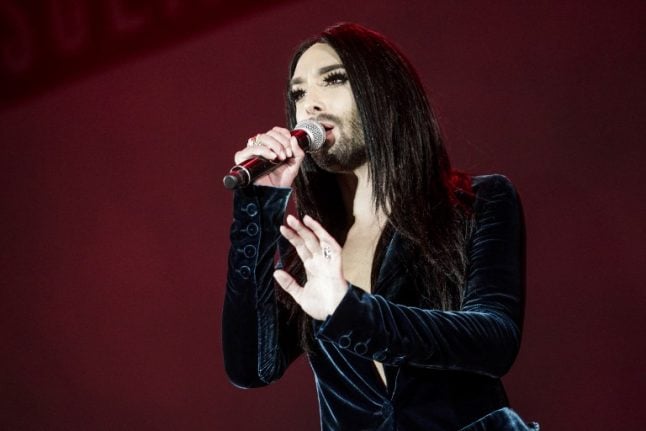 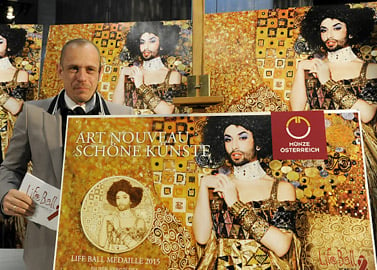 Conchita Wurst performs at the 'Voices of Refugees' benefit festival organized to support refugees at the Heldenplatz in Vienna on Oktober 3rd, 2015. Photo: AFP

Wurst, the creation of Austrian singer and artist Tom Neuwirth, 29, said in the post late on Sunday that the ex boyfriend was “threatening to go public with this private information”.

“I won't give anyone the right to scare me and to influence my life in this way,” said Wurst, describing the decision to go public as removing a “sword of  Damocles”.

The post has already received more than 26,000 “likes” on Monday morning.

“Coming out is better than being outed by someone else. I hope to give others courage and to take another step against the stigmatisation of those  who… have contracted HIV,” Wurst added.

Wurst said that she had been receiving medical treatment since her diagnosis and that it had been suppressed to undetectable levels, so it could  not be transmitted.

“I'm stronger, more motivated and freer than ever,” Wurst said.

She praised the “unconditional support” she had received from her family and added that sparing them the publicity was one reason she had not chosen to share the information before now.

“My friends have also known for quite a while now and have approached with it a spirit of acceptance that I would wish for all those affected,” she said.

Wurst shot to fame after winning the Eurovision Song Contest in 2014 with  her song “Rise Like A Phoenix” and used her platform to campaign for gay  rights.

In February she announced a new album in collaboration with the Vienna  Symphony Orchestra and is due to host the Amadeus Austrian Music Awards next  week. 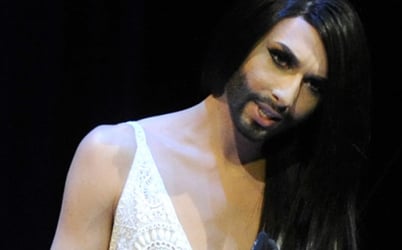 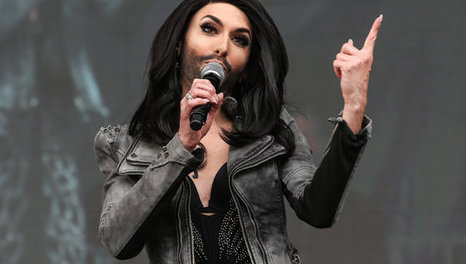