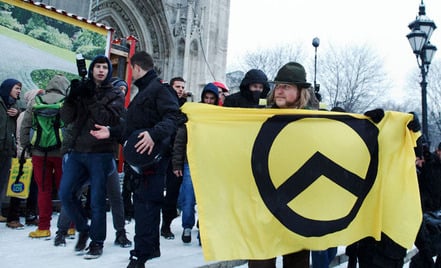 The movement, initiated by disaffected, tech-savy youth, began in France and now has groups in Germany and Austria.

The group spreads its anti-Islamic, anti-multicultural message via social media and has gained attention by posting clips of its protests on YouTube and Facebook.

Left-wing counter-demonstrators will also be out in force in Vienna on Saturday.

“We are expecting 2,000 people in total to take part tomorrow. We don’t expect any trouble and will be monitoring the situation, and the traffic, closely,” police press spokeswoman Barbara Reihs told The Local.

Three separate demonstrations are taking place. While violent clashes are not expected, traffic will certainly be disrupted so be aware if you are heading into the city.

Details: The first demonstration will start at 10:00 at MuseumsQuartier, go via the Mariahilfer Strasse and finish at Christian-Broda-Platz.

The left-wing counter demonstration starts at 11:00 at Christian-Broda-Platz.

And a third, more specifically right-wing demonstration starts at 13:00 at Christian Broda Platz , and goes via Mariahilfer Straße and MuseumsQuartier to the Volkstheater.