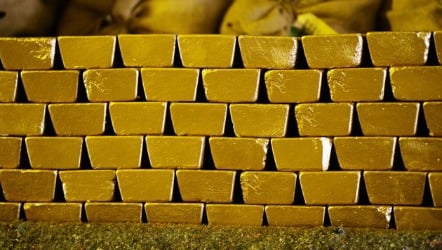 Almost exactly one year ago, the outgoing governor of Salzburg province, Gabi Burgstaller, was optimistic that massive losses from high-risk gold speculation could be managed.

"From today's perspective, it seems realistic that the province can unwind the speculative portfolio without financial losses," she told Reuters in May 2013.

But the full extent of the losses is only just coming to light, as the investment banks concerned had tried to hide the losses by offsetting them against other gains, according to the Kronen Zeitung newspaper.

In 2013, Salzburg province faced estimated losses of up to €340 million, which through careful unwinding of transactions, has now been limited to €85 million.

The scandal brought down the regional government, led at the time by the Social Democrats. In subsequent elections, the governing SPÖ and ÖVP parties both lost considerable influence.

Monika Rathgeber, head of Salzburg province’s department of finance, conducted a series of highly risky transactions with the provincial funds, borrowing €1.8 billion to speculate in currencies and precious metals. She and several others had been charged with breach of trust, although not with personal benefit.

In particular, speculation on gold futures was a major source of the losses. By buying gold forward contracts, Rathgeber was betting that the price of gold would drop over a period of time from 2003 to 2012.  Unfortunately, the market moved in the opposite direction, triggering the massive losses.