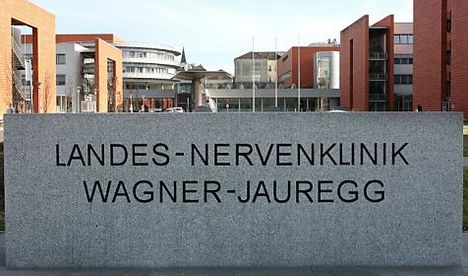 Entrance to the Wagner-Jauregg hospital in Linz. Photo: APA

The girl's parents have said that they are shocked by the judge's decision not to convict the doctors, who pleaded not guilty.

The 17-year-old had made several suicide attempts. Because she did not respond to conventional therapies her psychiatrist decided to put her into a coma – in the hope that it might 'reset ' her brain. He acknowledged that this was not without risk, but was scientifically proven to have helped in similar cases.

However, after three days in the induced coma, the girl died of brain and liver damage caused by an overdose of anaesthetic.

The medical examiner and toxicologist found that the chosen dose of anaesthetic was too high and said that when the doctors noticed the patient's deteriorating condition they should have immediately brought her out of the coma. Experts also found the girl's treatment had not been adequately documented.

However, one expert witness found that the dosage was not too high, and said that in his opinion the correct medication had been used.

The judge ruled in favour of the accused as he said that there was insufficient evidence to prove they had made serious errors.

Jutta Oberweger, a spokeswoman for the Wagner-Jauregg hospital in Linz, said she was pleased with the verdict, but expressed sympathy for the girl's family.

She said that although deep sleep therapy was unconventional, it had been recommended as it had been proven to have cured patients in similar circumstances.

The girl's parents said they were disappointed in the Austrian health care system and the judiciary. In a press release they wrote: "Our daughter need not have died if her doctors had observed the guidelines of the internationally agreed evaluation criteria for drug-induced liver failure."