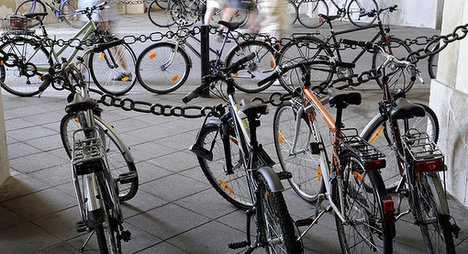 Over a year in the planning, Häupl's 'Smart City' concept aims to deal with the enormous environmental challenges posed by a population predicted to be in excess of two million by 2030.

A key element in reducing pollution will involve decreasing the proportion of car traffic by 2030 from the current 28 percent to 15 percent.

In order to achieve this target, public transport links – including the U5 metro line and S-Bahn overground network – will be expanded, particularly throughout the outskirts of the city.

Cycle paths throughout the city will also be extended and improved.

"It is a very private decision which form of transport one chooses to use," Vassiliakou admits. Politicians can't force people out of their cars, so they must provide alternatives, writes the Kurier newspaper.

But it remains to be seen if future generations of Viennese politicians will keep to the plan and only permit vehicles with alternative power sources, such as electric cars, in the city.

Other measures to help achieve Austria's climate goals include requiring all new buildings to be constructed using low-energy technology from 2018. This should result in a one percent reduction per capita in energy consumption for heating, cooling and hot water.

By 2050, the Vienna city government aims to cover half the energy demand of the city with power from renewable sources.

Häupl also has grand plans to turn Vienna into "one of Europe's top five centres of research", although he acknowledges there is much to do if Vienna is to compete with German cities like Frankfurt and Cologne.