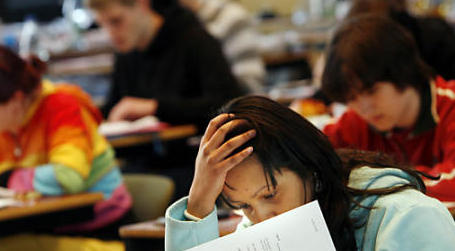 Austrian classroom. File photo: APA
The text was written by German author Manfred Hausmann and was used as part of the Nazi propaganda machine.
However it was presented as part of the German Matura exam without any historical context or comment on the author's history, the Austrian state broadcaster ORF reported.
The story, titled 'The Snail' (Die Schnecke) features a gardener who thinks about usefulness, and decides to kill the snail. The text was supposed to be understood by certain readers as a parable defending the Holocaust, according to critics and German experts.
The Austrian Institute for Educational Research (BIFIE), which is responsible for the centralised Matura, has conceded that the inclusion of the text was an error and said that historical context should have been included alongside the story.