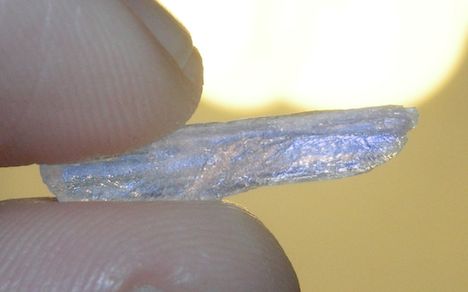 According to a recent report in the Upper Austrian "OÖ-Nachrichten", hospitals such as Krankenhaus Braunau are bearing the brunt of increasing violence resulting from the plentiful supply of illegal drugs from across the border, in addition to the usual causes of excessive alcohol consumption.

Gertraud Friebl, director of nursing in the state mental hospital Wagner Jauregg in Linz, explained that in the past three years, there have been more than 152 injuries to staff caused by patients – an average of nearly one a week. Injuries include broken bones, concussions and lacerations.

"Today we have about 12 crystal meth patients per month, a few years ago there were four," said Dr. Bernhard Lindenbauer, a psychiatrist in the state mental hospital.

"Crystal patients usually react very aggressively.  [They] are psyched, ready to take risks, hardly feel pain and can not comprehend the consequences [of their actions]," said Lindenbauer.

Austrian hospitals need to develop mechanisms for better management of potentially violent patients, with a focus on de-escalation and aggression management, he added.

In the Czech Republic, methamphetamine is known as Pervitin, and it has become a more serious problem than heroin.

Krokodil is a toxic concoction which causes abscesses and gangrene on the skin – making it look as scaly as that of crocodiles. It contains a mix of codeine, gasoline, paint thinner, industrial cleaning oil, and alcohol.