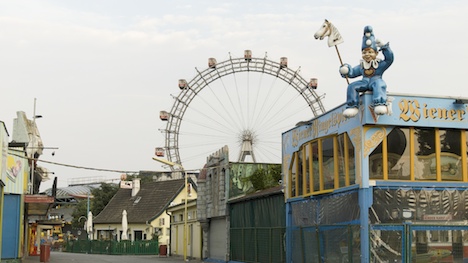 According to The Guardian this week, Saffron Brand Consultants just released their latest barometer of brand opinion, to grade the world's top cities based on a variety of criteria – from "transport and weather to crime and social buzz."  To the surprise of many expats living in Vienna (and a few locals), our adopted city didn't even make the top 25.

Berlin (Vienna's slightly cooler German cousin) checks in at number 25, with its safe streets and excellent infrastructure. From the report, it's not ranked higher because it's slightly sleepy, lacking the buzz of a Chicago (13th) or Dubai (10th.)

Heading south, we find Barcelona in position six. Granted, it's a beautiful city with amazing architecture, cuisine and friendly people – but does it really deserve to be above Rio de Janeiro, Las Vegas and San Francisco?

Posting in a local expat message board on Facebook, The Local Austria elicited a storm of opinion, mostly in Vienna's defence, and expressing outrage that it didn't do better than Seoul (5th), Paris (4th) or even London (3rd place) with its terrible weather and ramshackle infrastructure.

While New York and L.A. clearly deserve the top two places, many other cities don't appear to belong in the list at – Mecca being particularly galling in 21st place, since most of us wouldn't even be allowed to visit (unless you're Muslim).

Fortunately, this is offset by a smidgeon of Schadenfreude at the fact that neither Rome nor Venice made the list at all (although the cocaine capital of Europe, Milan, sneaked in at number 24).

According to British expat Simon Brooks, "This kind of report goes some way to redressing the balance against people who seem to conflate 'most liveable' with 'best city'. Vienna is certainly a very comfortable place to live but that certainly does not make it a great world city."

Simon Heathcote-Parker feels that Vienna is roughly 50 years behind the times, adding: "Don't get me wrong, I love it and it is one of the reasons I chose to move here but it certainly lacks opportunity and is far too bureaucratic. Everything takes simply ages here."

Steve Read added a thoughtful essay, saying: "There are certain things that cannot be argued – it is old, the buildings are old, the institutions are centuries old – history is the past that we use to build the future on – you cannot ignore or change the past."

Read went on to add that "Vienna is Vienna! I happen to love it… it is the cultural centre of Europe – it has everything London has but on a smaller scale and [within] a narrower area – that means you can walk to ten theatres within 20 minutes instead of two days in London."

Finally, Chris Wells noted that the "only problem with Vienna is a lack of good sandwiches. So I have to make my own. No problem really but I must go to four shops for the ingredients."