Things got out of hand during ‘Fasching’ celebrations, Austria’s carnival season, leading to the appearance in Bregenz’s court on Thursday of a 30-year-old man on charges relating to an alleged assault – with teeth.

A fight occurred on ‘Rose Monday’, the peak of the Fasching season. A 19-year-old man dressed as the Grim Reaper was involved in a fight with the accused, who was dressed as a blonde woman.

The latter told the court that he was attacked by a group of men who threatened to stamp on him as he lay on the ground. He claimed that he bit one of the men, a 19-year-old, on the genitals in an act of self-defence.

The victim said that he had been having a cigarette when he became aware of the fight and had become unwittingly involved, thrown to the ground and bitten. He claimed to have been in pain for a week afterwards and demanded 500 euros compensation from his attacker.

According to Die Presse, the judge concluded that he needed to question more witnesses as it was unclear what exactly had happened during the fight, and so dismissed the charges.

However the man who was dressed as the Grim Reaper was fined 4,800 euros for damage to property and resisting arrest.

In Austria Fasching traditionally starts in January with the ball season and carries on until the beginning of Lent on Ash Wednesday. 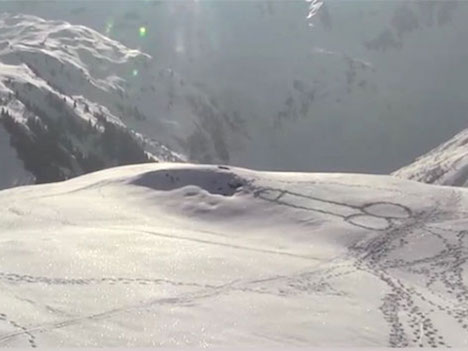