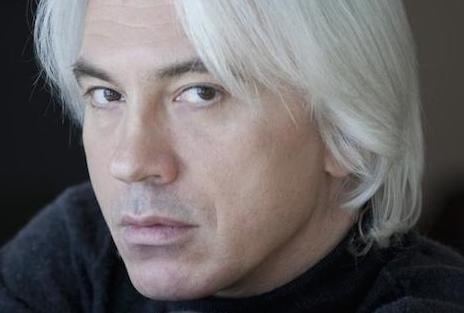 If you haven’t yet heard of Russian baritone Dmitri Hvorostovsky, start googling. One of a handful of bona fide opera 'superstars', he cuts an imposing figure, with a commanding voice and a disarming smile to match.

Hvorostovsky came to international attention in 1989 after winning the BBC Cardiff Singer of the World competition, ahead of fellow superstar baritone and local favourite, Bryn Terfel, and he has subsequently carved out an impressive career, performing regularly on the world’s most prestigious opera stages.

In March, we were treated to Dmitri Hvorostovsky in recital, performing a program of Tchaikovsky, Medtner, Liszt and Rachmaninov with Estonian pianist Ivani Ilja at the Vienna State Opera. Hvorostovsky received a rapturous welcome and the loving didn’t stop there, with audience members applauding and calling out their praise at the end of many songs, mid-song-cycle or not.

Hvorostovsky greeted every comment with a big smile (and often a flick of that famous hair) and 10 minutes in he had the audience nestled comfortably in the palm of his hand. At the concert’s end, he gave four encores, including an unaccompanied Russian folk song that brought the house down. He has a striking stage presence and even in such a cavernous venue he manages to create a very intimate atmosphere with his audience. Now to the Rafael Nadal connection… bear with me. I’ve watched Hvorostovsky in performance many times, but this was my first opportunity to see him on stage for a full evening as himself. What struck me most, was his embodiment of tiger-like strength and ferocity in his performance and yet, the absolute antithesis of this is his relaxed, easy-going way of playing to the audience.

It was during a moment of his habitual hair arranging (this time tucking his hair behind one ear and then the other, before singing), that it suddenly struck me who else manages this conjuring trick – Men’s Tennis World No. 1 and all-round Mr Popular, Rafael Nadal.

Why didn’t I see it before… the hair, the jaw, the intense gaze. Here we have two “players” at the top of their game, veterans in their respective fields, both relying on peak physical fitness, with an animalistic strength and power that can just as quickly turn to self-deprecation and smiles, prowling up and down on an international stage and loving the appreciative roar of the crowd.