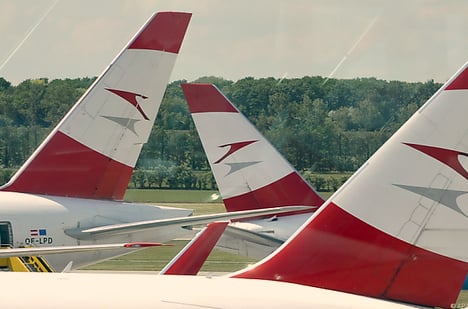 Photo: APA
The crises in Russia and Ukraine, and also in the Middle East have forced AUA to streamline some of its flight routes and have had a significant impact on sales.
The first quarter is historically weak for the aviation industry. AUA's CEO Jaan Albrecht said he expects the airline to achieve a higher operational profit overall in 2014 than last year.
Last year Austrian Airlines, which is owned by the German aviation giant Lufthansa, posted operational profits for the first time in six years. It made a profit of 25 million euros.
Austrian Airlines said it was making "small steps towards the process of recovery". However it was unfortunate, said Albrecht, that profitable flights to Tripoli and Baghdad had to be cancelled, and that the frequency of flights to Ukraine had been reduced so that planes could be kept full.
Up until March AUA sales remained at 403 million euros, down 5.4 per cent from the previous year. Passenger numbers declined by 2.2 per cent. Due to a restructuring programme – which included the relocation of the Tyrolean management to Vienna – operational expenses decreased by 7.4 per cent to 476 million euros.
Thanks to a cost-cutting programme and lower fuel costs Lufthansa began the year with fewer losses. Its operational losses decreased by 32 per cent to 245 million euros. The strength of the euro meant that sales decreased by 2.5 per cent to nearly 6.5 billion euros.
Source: APA