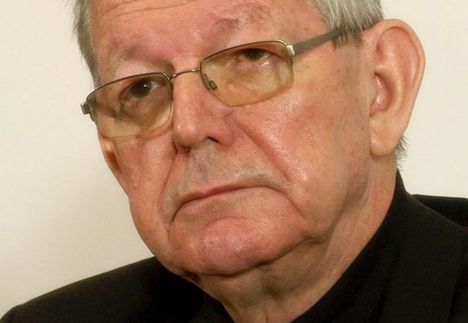 Bishop Erwin Kraeutler. Photo: Wikimedia
Bishop Kraeutler also criticised the Brazilian government's reluctance to protect the rights of the Indios.
Representatives of agricultural businesses have launched an "anti-indigenous campaign" to challenge the rights of the Indios, Bishop Kraeutler told Vatican Radio.
"This sets alarm bells ringing," he said. "If these regulations are challenged, it means… the death of the indigenous peoples."
At a bishops' conference on the weekend, Bishop Kraeutler, who was there as the head of CIMI (Indigenous Missionary Council of the Catholic Church in Brazil), criticised the Brazilian government's reluctance to protect the Indios.
Bishop Kraeutler has lived and worked in Brazil for decades, travelling around his enormous diocese of Xingu. He is also a vocal opponent of the construction of a giant dam in Belo Monte, which could destroy the livelihood of thousands of indigenous people along the Amazon.
In 2010, he was awarded the Right Livelihood Award for his work – also known as the Alternative Nobel Prize.
Source: APA